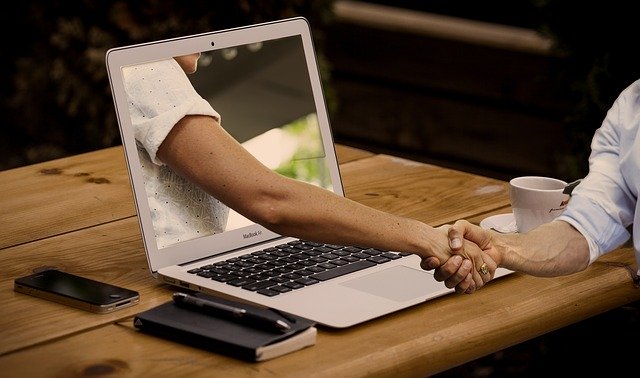 How To Make Friends Online

Trying to make friends online is naturally going to be more difficult than it is in-person. Human beings naturally form much closer bonds when they are in close proximity to one another, as there are certain social cues that can only be interpreted and appreciated face-to-face.

However, it is not impossible to find a friend online. Some people are a part of online communities where they meet and interact with others on a more visceral level than anyone in their ‘real-life’.

The following will take some ways to find and make friends online.

Of course, one of the best ways to make friends online is to organise a face-to-face encounter after you meet digitally. This will allow you to get away from the limitations of digital interaction and engage in the same way people normally do to become close and trust one another.

This could be as simple as getting a coffee together at a café or going to meet up at a music concert – whatever you feel like. Sometimes it can make people more comfortable if you both come with another friend to give a greater sense of security (some people can be anxious about meeting people from the internet in real life, and this is perfectly understandable).

One of the best ways that people interact digitally is via video conferencing technology with programs like Skype. This enables the use of webcams and microphones to communicate with live video and voice, approximating somewhat what a face-to-face encounter would be like. This goes a step further than a phone call as you are actually facing one another when having your conversation.

Of course, this way of communicating won’t be entirely the same as a face-to-face encounter. However, it can be a useful way to make friends online with people you would otherwise be unable to easily see face-to-face (such as those who live overseas).

In this way, video chat technology has helped many people from around the world who would otherwise never interact form relationships. Some people have even formed romantic relationships this way, usually with the goal of eventually meeting face-to-face somehow in the future.

Many people who make friends online do so through the exploration of shared interests. One of the most common examples of this is with video game communities, particularly those on massively multiplayer online games. These video games are virtual worlds where hundreds if not thousands of players can interact in real-time and do in-game activities together or compete against one another.

Many players who meet in these games can form sincere connections, especially as they learn more about each other’s life outside the game-world. These connections form easily though a shared activity and interests, much in the same way that players in a sports team or people attending a class together do.

One of the common ways people make friends online is to interact with each other via a dedicated chat room. While these chat rooms were initially text only, the aforementioned voice and video chat technology have enhanced them so that people can reveal more if they so choose.

This can be a great way to make new connections out of the blue and just be thrown into a setting that’s reminiscent of a bar or nightclub. However, like a bar or nightclub, you can’t predict the kinds of people you encounter, and you might have a bad experience or be exposed to thoughts/opinions you would otherwise not seek out in your real life.